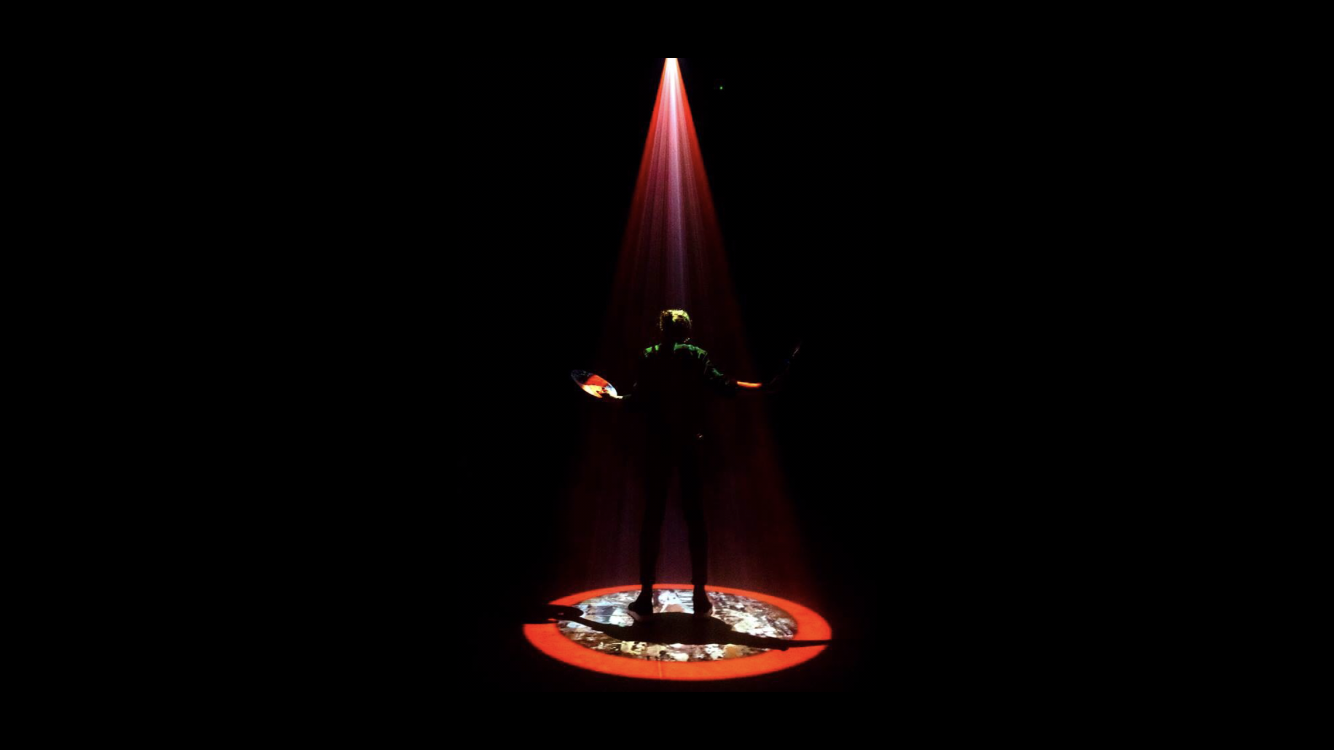 The definition and concept of creativity is volatile. And is much more capricious if we trespass human frontiers. During the last week of May 2016, in the ‘Creative Reactions’ exhibition in London, Albert faced and compete with an Artificial Intelligence Agent with creative capabilities. Which of the two was going to be considered more creative? And how to scientifically measure it? What is the potential of machine art, and can it truly be described as creative or imaginative? Technology is more than just apps and gadgets; it’s profoundly changing the very ways humans express themselves. And it is interesting to realise how the research on human-machine interaction feeds back into human’s understanding of themselves (i.e. as creative agents), and of the nature of complex systems theory itself.

The machine was called ‘The Painting Fool’ and is a computer programme that one day hopes to be taken seriously as an independent, creative artist. It has been trained for more than a decade to produce artworks and poems by its teacher, Prof. Simon Colton. Simon is Professor in Digital Games Technologies at Falmouth University, Professor in Computational Creativity at Goldsmiths and EPSRC Leadership Fellow. The machine uses a mixture of machine learning, machine vision, artificial intelligence and computational creativity software to exhibit behaviours that involve skill, appreciation, imagination, intentionality, accountability and learning.

It has exhibited art in London, Paris, Lisbon and Brussels and has demonstrated its painting abilities in many places such as the Cité des Sciences in Paris and the Science Museum in London. It has various modes in which it paints – perhaps the most interesting is when it is reading the newspaper and it tries to paint portraits which reflect the mood that the news articles put its in. Its most recent paintings involve inventing its own painting style in response to the subject matter it is painting. One of the most critical points is that it is constantly evolving as an artist. 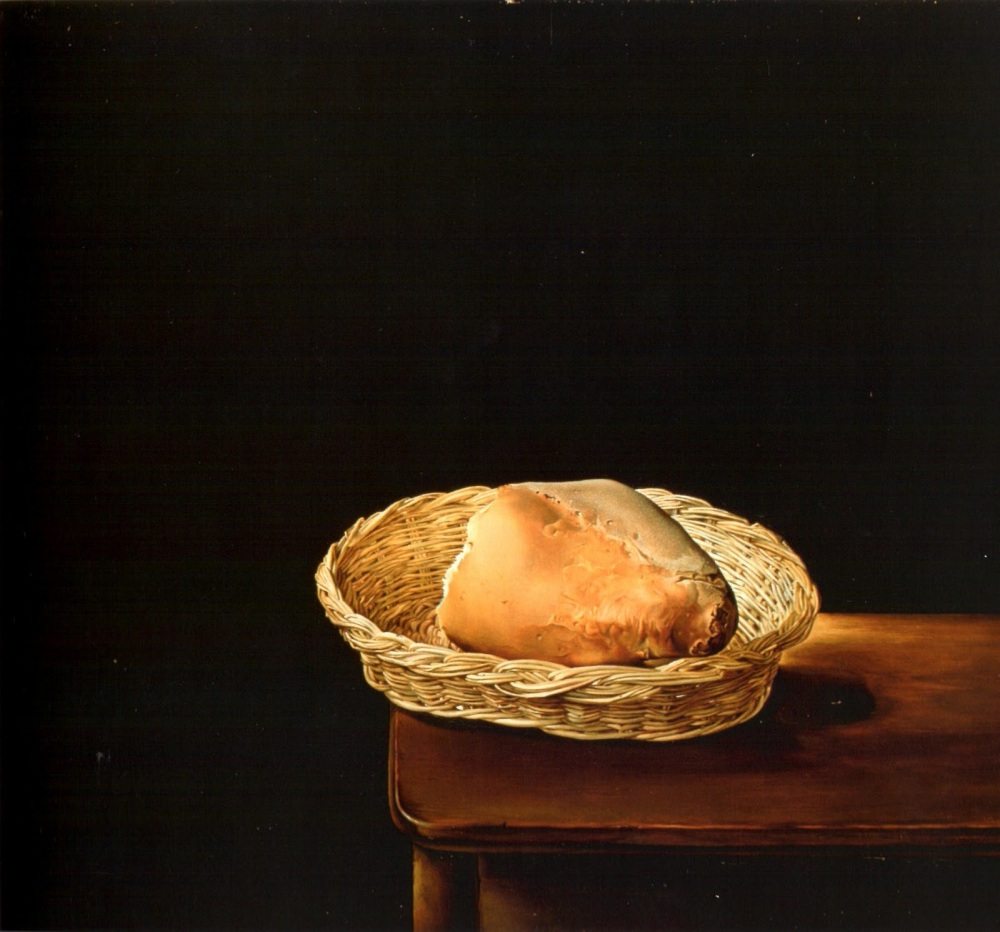 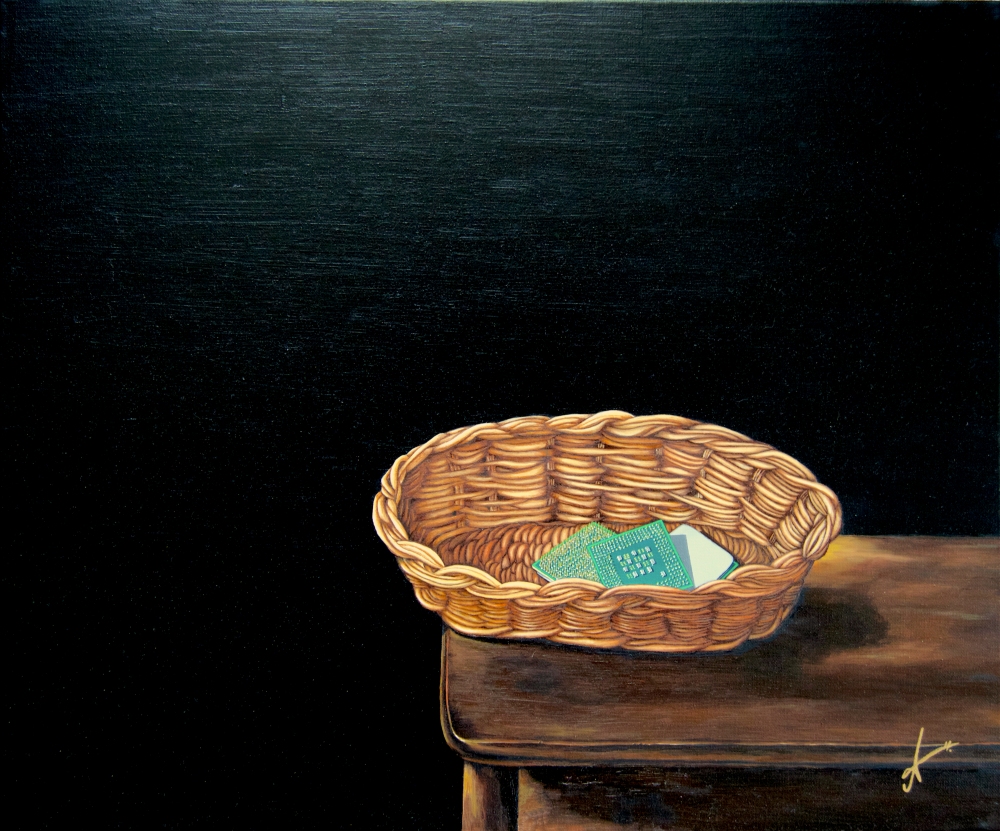 Salvador Dalí painted ‘Basket of Bread’ in 1945. The painting depicted a heel of a loaf bread in a basket, precariously situated on the edge of an uncovered table, against a starkly black backdrop, an omen to its own sacrificial destruction. This environment created the mystical, paroxysmic feeling of a situation beyond our ordinary notion of the real. ‘Basket of CPUs’ is a reinterpretation of Dalí’s painting in our Digital Age. Here, CPUs are depicted as “The New Bread”. A Central Processing Unit (CPU) is the electronic circuitry that carries out the instructions of a computer program by performing the basic arithmetic, logical, control and input/output operations specified by the instructions.

“Was I creative enough by replicating an old piece of artwork and changing just one significant element in the whole painting? Was being provocative the only way to show my “human dimension” in front of a machine?”